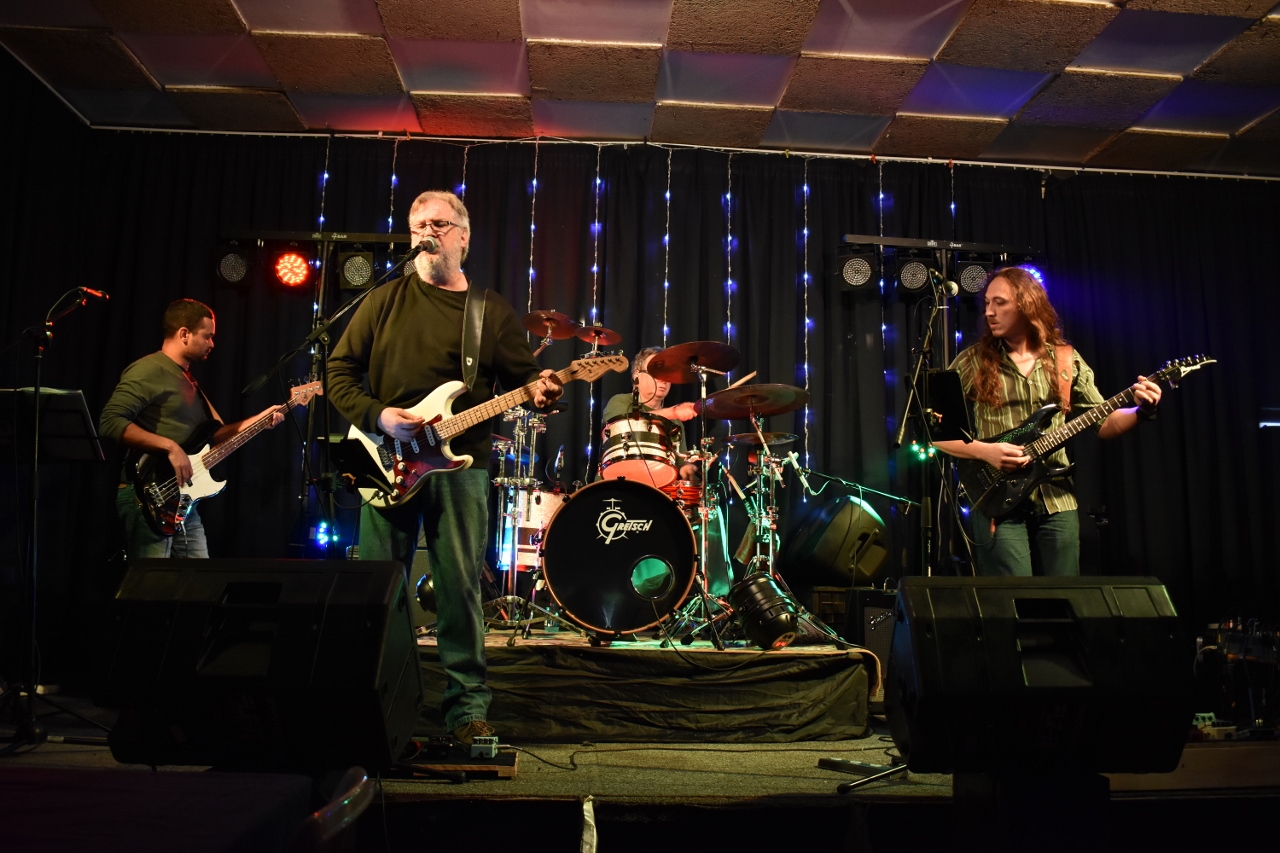 It is difficult to pin point exactly when I became interested in music. Maybe ‘became’ is the wrong word, because I have always been surrounded by it. My father plays the guitar and the piano. Before I was born he was a musical instrument salesman, traveling the country to demo shows to sell electronic keyboards. For as long as I can remember he played in the church band. My mother also plays the piano and guitar and sang in the church band, also for as long as I can remember. So really there is no particular point at which the ‘music bug bit me’, but there are some distinct memories and moment that I can share.

I remember being about 12 years old or so at the time my parents brought a piano into our home. Before that my dad would only play on the piano at church. There are two memories that stand out. The first is of my mother teaching me scales on the piano, and then leaving me to it. I kept playing them over and over, not because I was told to do so, but I enjoyed creating music, even though it was in a metaphorically choreographed fashion. The second distinct memory, at about the same age, is that of my father sitting next to me and teaching me how to form chords. It was an eye opening moment, where the veil in front of all those magical multi-fingered gymnastics and harmonies, lifted just enough to get me excited about making music myself. Keep in mind I was probably about 12 or 13 years old at this stage, so only the major and the minor chords were enough to shake my world.

Moving on to high school I started playing keyboard in the school band, coincidentally started for the students by my father. Another couple of years went by and at age sixteen the urge to play guitar came knocking. Now, the fact that the lead guitarist in the band got more spotlight than the keyboard player might have had something to do with it, but whatever the reason at that age was, I am glad I picked up the guitar. I remember my mother lending me her nylon acoustic guitar and my farther teachings me the basic chords.
He gave me the ‘Magic Chord Accompaniment Guide’ (big chart with small chord pictures), found in the back of ‘Alfred’s Chord Fingering Dictionary’. He also gave me the chord charts for the songs they played in the church band and I would spend hours playing these songs, looking at the chord chart when I came across an unfamiliar chord.

Next memory! There was this, let’s call it a talent show, at school. The talent show was a rehearsal for a national convention of schools, competing in a plethora of events. A friend and I entered for a guitar and vocal duet and I entered for a guitar and vocal solo. The evening before the talent show, going against my better judgement, I decided to ditch the song I have been working on for weeks, follow my gut, and do something different. I must have played through the night, figuring out and practicing the song, into the early hours of the morning. My fingers were finished after that, but it paid off. I ended up taking home a silver medal.

The reason for this story is not that I see the medal as an achievement. Every time I think back on the story, the one thing that stands out for me is that that night was the first of so many, even countless, nights thereafter where I will just stay up all night into the morning hours and play my guitar. It might not always be great playing or mastering of technique, but I enjoyed every part of it, and still do.

Shortly thereafter the church band was looking for a bass guitar player, so I thought, “Why not. Let’s give it a try.” Throughout high-school, and thereafter, I would play in the school band, or in the church band, in a band with friends, and wherever I could find a chance, I would take it.

The next big part of this story came a couple of years later. A fellow guitar enthusiast told me to go and listen to piece called ‘For the love of God’, by Steve Vai. THIS CHANGED EVERYTHING!! All of a sudden I felt like I was living on Mars for all of my life. Allow me to put this into perspective. Before that moment, my idea of the guitar was that it was an accompaniment instrument. Guitar solos, as awesome as they were, were only played as intros to songs and as ‘lead breaks’, as we called them at that time. When I heard ‘For the love of God’, all the potential of the guitar, as a solo instrument, came rushing at me. One of the versions I heard at that time was the one where Steve Vai plays with an orchestra. It didn’t sound like a rock instrument being backed by a philharmonic orchestra. The guitar was played with such finesse and skill, that is sounded as in place in the orchestra as the oboe or clarinet.

The realisation that the guitar was capable of such heavenly harmonies and melodies was a turning point that shoved me in the direction I am heading now. I started spending hours after work studying guitar and music theory and doing exams.

In 2011 I was retrenched from the music shop I worked at. I had to start making money, but I didn’t want to go back to retail. The next part of the journey starts. A friend of mine is a guitar teacher, but his load is getting to heavy and he sends some of of his beginner students to me to teach. This is where I start my teaching career. Almost nine yers later, and I am still at it.

Over the years I have played for a couple of bands. The most recent of which was Slow Brew’d. We played together for two years, 2017-2018, every weekend. We were a Rock and Blues cover band with a repertoire of 70 plus songs.

In January 2019 we moved to Johannesburg, and in November I played and passed my Music Performance diploma exam for guitar.

I am excited about the next chapter of this journey, ready, and holding on to my seat, bracing for the big things to come.